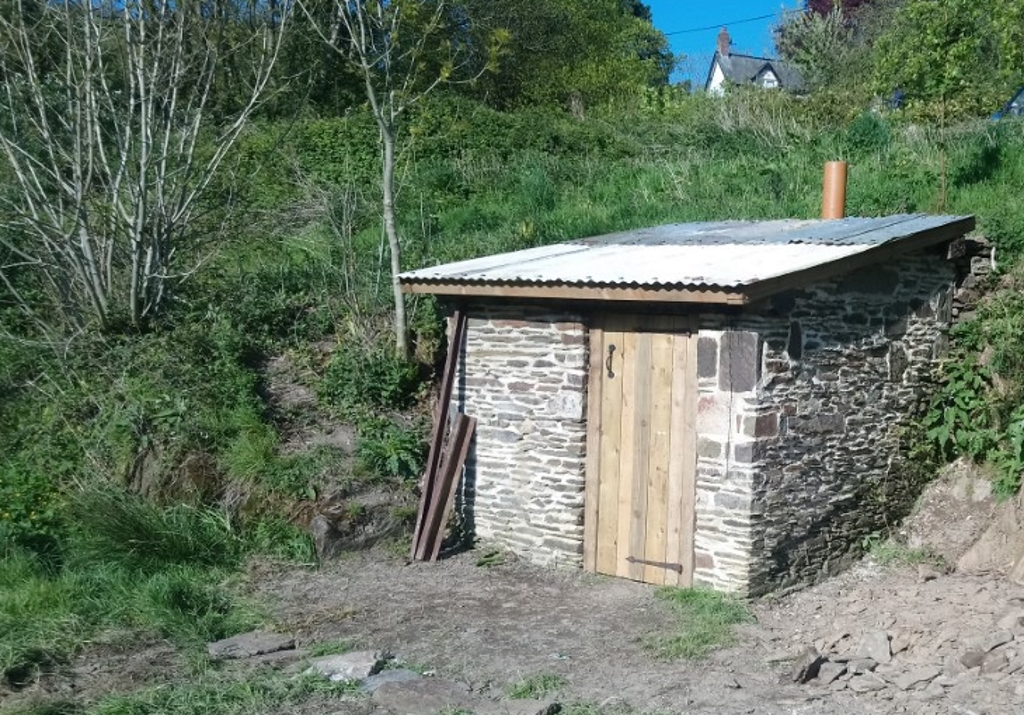 Our stalwart volunteer Andy Hearn has completed the rebuild of the former Platelayers’ Hut at Snapper. Work started clearing and tidying the ground around the derelict remains of the original hut in early June 2015 on work that came to be largely regarded as Andy’s personal project.

Much of the stone used for the rebuild was found laying on the ground around the site of the original derelict building. Shortfall was made up from stone dug out of a nearby embankment, plus a few stones were retrieved from the nearby River Yeo. The stonework was bonded together with a Lime Mortar (NHL) (Natural Hydraulic Lime) mix.

It must be recorded that Andy Hearn was assisted with the restoration particularly towards the project completion by both Chris Lane and Rob Sadd. The EA directors extend their thanks to each of them for their endeavours in reinstating another small part of the L&B Railway.

5 thoughts on “Restoration of the Platelayers’ Hut at Snapper Completed”